A year ago as an UBER driver, I met Antonio, a young man who worked at a chain grocery store.  I would often pick him and his fiancé,  Desiree up early, before his shift.  They would grocery shop and he would then go to work while she would head home with the groceries.  Whenever possible, I would wait and then take her and their groceries back home.  They and I developed a relationship and would often “talk shop”.  They were an industrious couple who wanted more out of life and were working for it. They were the type of young people that made me feel optimistic about our Country’s future.

One morning, when I picked them up, Antonio told me that he was meeting with the corporate management team to interview for a promotion to Assistant Manager of the produce department.

That day, I waited for Desiree to shop.  On the way home, she told me that it was the third time Antonio had applied for a promotion and she was concerned.  He was getting discouraged and she felt he was sometimes held back because of his color.  She told me, “Color hurts his cause”.

He did not get the promotion.  I gave them another ride or two and then did not hear from them.  When I checked,  they had moved.

A month later, I interviewed for a position that I felt I was uniquely qualified for.  I may be incorrect, but felt as if I was not considered due to my age.

Shortly after, I met a man named Chad who was having a rough time and was selling papers on Murfreesboro Road.  His positive spirit inspired me to start writing this song.

Two of the additional verses were written based on people I have met while driving for UBER and walking dogs.  The other was written about a friend of mine from college, circa 1987.

Based on the challenges we are facing as a country, I felt as if it was time release the song. 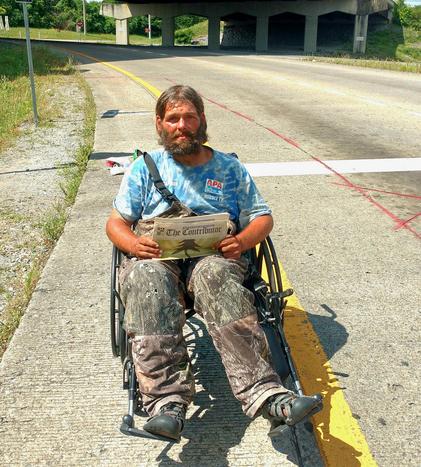